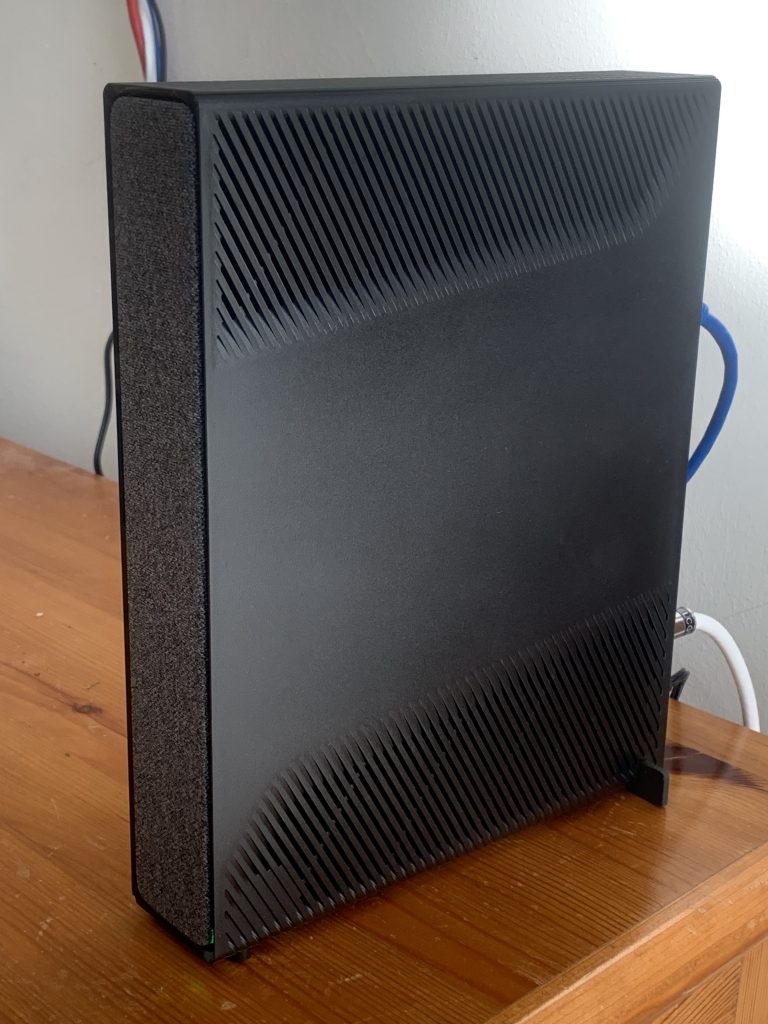 I recently noticed  that my broadband speed seemed to much less than it should be, I have a direct fibre connection that should run at 1Gb. The measured speed seems to be around 100Mb at this computer.

I ran some a tests suggested by Virgin  that indicated that there was a problem, Virgin came to investigate and the cause seems to be the link cable from the cabinet to the house. As I write this is still to be fixed but the service is working at around 300Mb.

During the investigation it was thought that the problem could be the Virgin hub 4 and this was replaced with a HUB 5.

I never run any device on its default ip address and have, for many years, run the internal network on a 192.168.xx address. After Virgin had left I tried to change the default 192.168.0.1 router address to no avail, its not an option and having checked with Virgin is not possible on the hub5.

I also run a couple of Pi-Star hotspots and a Wires-X gateway. These use UPNP to define port forwarding to route the external traffic to the hotspot or PC. Whilst this appeared to work for one hotspot, the routes were not correct and the Wires-X PC would not set up the routes correctly. Attempting to set the routes manually resulted in an error!

After a bit of thought on how to resolve this I have obtained and setup a Wifi router which handles the security and routing of my network and set the hub5 to modem mode to provide the wan interface. Next time Virgin or any other future supplier changes their hub I can leave my network as I want it.

No comments to show.